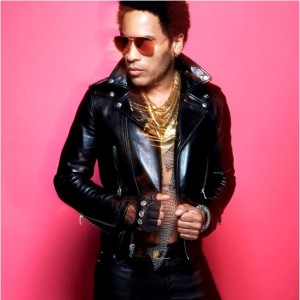 Amassing a huge response from media and fans alike following the announcement that US rock legend, Lenny Kravitz, will appear on the 2015 Bluesfest lineup, Chugg Entertainment can now confirm that the unrivalled rock hero himself will also be appearing at two headline shows in both Sydney & Melbourne.

Kravitz’s talents as a writer, producer and multi-instrumentalist have resonated through nine studio albums into a timeless catalogue. He has won four consecutive GRAMMY Awards, setting a record for the most wins in the “Best Male Rock Vocal Performance” category. Lenny Kravitz’s appeal has also been recognized by his peers; his collaborative efforts are as varied as his own influences, having worked with Madonna, Slash, Aerosmith, Jay-Z, N.E.R.D., Mick Jagger, P. Diddy and Alicia Keys.

Having sold over 38 million albums worldwide, and regarded as one of the most unequalled artists of his generation, Kravitz’s repertoire traverses a multitude of genres from soul to funk, hard rock, psychedelia, folk and ballads. This moveable feast of genre-hopping skills can be seen and heard in some of his biggest songs, including the funk-rocker Always On The Run, the soul ballad It Ain’t Over Til It’s Over, the anthemic Fly Away with its captivating riffs and slap bass, and the uptempo classic Are You Gonna Go My Way which was, during the year of its release, MTV’s most played video, and maintains the post of Triple M’s most played song ever. His genre-melding continues on his latest album, Strut, with tracks like The Chamber fusing a modernised disco sound with his trademark guitar licks, and Dirty White Boots promptly bringing things back to a classic-rock foundation with some psychedelic guitar thrown in for good measure.

Lenny Kravitz returns to Australia off the back of this latest studio offering, Strut; a culmination of rock and funk thrown into a blender. It’s raw, it’s got soul and it’s a real rock & roll record. The album’s twelve tracks – including such titles as New York City, I Never Want to Let You Down and She’s a Beast – hit hard rhythmically and explore desire in all its forms, from the most physical to the most idealized. These songs wear their heart on their sleeve, and that’s the way Kravitz intended it. He’s had massive hits over the years and sold nearly forty million albums. Now is a perfect time to get to the heart of the matter.

Kravitz began to conceive Strut while he was filming his role in The Hunger Games: Catching Fire. Rather than exhaust him, the long days of filming made the musician in him yearn for an outlet. “I heard all this music swimming around in my head.” When filming was done, he went home to the Bahamas to record. Kravitz was determined not to lose that feeling of making music purely for its own sake, without any strict intention in mind. As always, Kravitz plays guitar, bass, keyboards and drums and percussion on the album, and produced and arranged it as well, although, once again, in the interests of not smoothing out the album’s edges, “my approach to the production was not to produce it. The whole point was not to rethink or overthink it.”

His talents as a writer, producer and multi-intstrumentalist have resonated now through 10 studio albums and into a timeless catalogue. He has been nominated for eight and won four consecutive GRAMMY Awards in the “Best Male Rock Vocal Performance” category, setting a record for the most successive wins ever in GRAMMY history.

New Orleans native Trombone Shorty is the bandleader and frontman of Trombone Shorty & Orleans Avenue, a hard-edged funk band that employs hip-hop beats, rock dynamics and improvisation in a jazz tradition. He began his career as a bandleader at the tender age of six, and toured internationally for the first time at age 12 before joining Lenny Kravitz’s horn section at the age of 19 for a 105-date world tour in 2005-2006. “…a genius player…he plays his ass off, and he’s a beautiful human being”. – Lenny Kravitz

With a slew of accolades and awards under his belt, having sold nearly 40 million albums, it’s fair to say Lenny Kravitz is a bonafide legend and this, a show not to be missed. With his friend and colleague, Trombone Shorty, warming the stage; this stands as just another reason to be there.

TICKETS ON SALE WEDNESDAY 17 DECEMBER, 10AM