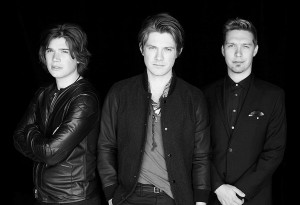 Due to overwhelming demand HANSON are please to announce additional shows inMelbourne and Sydney.

Fan club pre-sales for the new shows will go on sale Monday 12th May at 12pm, with general public tickets on sale Wednesday 14th May at 9am.

HANSON, are back with their brand new album ANTHEM, along with the album’s lead single Get The Girl Back. The album’s release coincides with the announcement of the Australia and New Zealand leg of their ANTHEM World Tour.

ANTHEM is the bands 6th studio album and the fourth to be released on their own independent label 3CG Records, which they founded in 2003.

2013 marked the 21st anniversary of HANSON. The band celebrated the anniversary with the launch of their own craft beer Mmmhops, inspired by the title of their breakout single.

HANSON have been nominated for multiple Grammys, released five prior studio albums, which spawned a string of hit singles, and sold over 16 million albums worldwide.

For more information go to: www.chuggentertainment.com