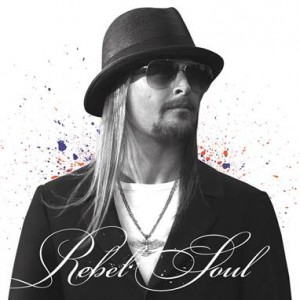 Thanks to our friends at Warner Music Australia, we have five copies of the new tour edition album of KID ROCK’s ‘Rebel Soul’ to give away to five of our lucky readers, check out what it’s all aboutHERE.  Kid Rock is in Australia for the first time on tour with Bon Jovi and has released this edition just for Australia.  Would you like a copy? Well you can by simply sending us an email and being one of our lucky winners.

To win one of five copies, simply send us an email to mtrbwy@maytherockbewithyou.com with the subject line of ‘My Name Is Kiddddddddddddddddddddddddddddddd’ and include your name and address and answer this simple question… ‘What is Kid Rock’s real name? ’ we will then randomly pick the winners who will be notified via email.

Catch Kid Rock on tour in Australia with Bon Jovi at the following dates: