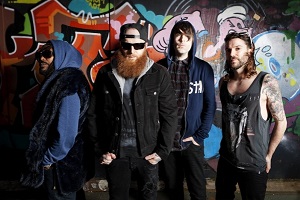 WATCH ALBUM PREVIEW VIDEO HERE
The digital single for the album’s title track ‘Kill The Power’ will be unleashed on December 9 and  includes killer remixes from Cyantific, Rednek, Zed Bias, Subsource and Licarus.

In keeping with their tradition of making people move while singing about universal issues and spreading a message of positive action and social unity, forthcoming album ‘Kill The Power’ is bulging with fury at the state of the modern world. The band recently took to the slums of India to film the video for this first single. Music Radar exclusively previewed the making of the video, which features the Redneck remix of ‘Kill The Power’…

WATCH ‘KILL THE POWER’ BEHIND THE SCENES VIDEO HEREFor another taste of the what ‘Kill The Power’ will sound like, vibe on teaser track ‘Ninja’, featuring the legendary God Of Hellfire himself Arthur Brown on the info. It is another impressive exhibition of Skindred’s unique blend of rock, metal, roots, reggae and dub.

Recognised as one of the most powerful UK live acts of recent years, Skindred regularly headline festival stages from Bogota to Bosnia and beyond…this year the band will play in front of crowds totalling more than 2 million souls.  They also made their Reading and Leeds Festival debut this August with a mesmerising main stage appearance. Awesomely, Skindred will bring their adored sounds back to Australia soon, saddling up to takeover the 2014 Soundwave tour right on top of the release of their Kill The Power longplayer. Open your ears and get your dancing feet ready… 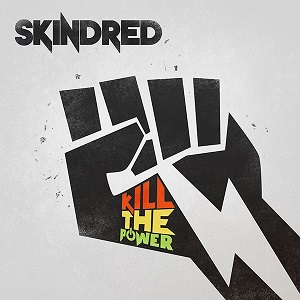