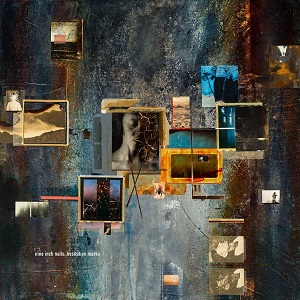 Nine Inch Nails release their first new music in five years today so it’s time to get excited! Thanks to our good friends at Universal Music Australia, we have two copies of the brand new Nine Inch Nails ‘Hesitation Marks’ on vinyl pressed on two 180 gram LPs + digital download includes 14 tracks and also includes a CD insert of the album to give away to two of our lucky readers.  So, you can win one of these albums by simply sending us an email and being one of our lucky winners.

To win one of the two copies, simply send us an email to mtrbwy@maytherockbewithyou.com with the subject line of ‘NIN Giveaway’ and include your name, address and answer this simple question… ‘Who is the main man behind Nine Inch Nails?’ We will then randomly pick the winners who will be notified via email.

“I’ve been less than honest about what I’ve really been up to lately,” said Trent Reznor. “For the last year I’ve been secretly working non-stop with Atticus Ross and Alan Moulder on a new, full-length Nine Inch Nails record, which I am happy to say is finished and frankly fucking great.  This is the real impetus and motivation behind the decision to assemble a new band and tour again.  My forays into film, HTDA and other projects really stimulated me creatively and I decided to focus that energy on taking Nine Inch Nails to a new place.  Here we go!”