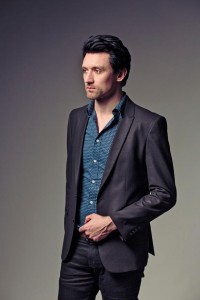 Over the course of his career so far, Paul Dempsey has penned a multitude of songs (both as front man for Something for Kate and a solo artist) that have become part of the Australian musical landscape: ‘Captain’,‘Déjà Vu’, ‘Monsters ,‘Survival Expert’ and ‘Out The Airlock’ have become a part of people’s lives. As anyone who saw SFK’s recent set at Splendour in the Grass will attest, these are songs that strike a chord well beyond the time and place from which they came.

Running parallel to his own songwriting Dempsey and SFK have also turned their attention to a number of classic cover versions over the course of their career. From the obvious to the unlikely and all points in between, they’re yet to put a foot wrong in their performance and interpretation of whatever track they tackle. From a rollicking ‘Rock the Casbah’ through to their recent storming version of ‘Sweet Nothing’ by Florence Welch and Calvin Harris for Triple J’s Like A Version (setting the record for the biggest response to a LAV in the history of the segment), Dempsey and SFK have a certain knack for getting the delicate balance between tribute and bringing something new to the song just right.

On Something For Kate’s recently completed national tour throughout May and June, Paul started filming a different cover song backstage each night at every venue and posting them on the band’s Facebook page post-show. ‘Space Oddity’ performed on the stairs backstage at The Metro in Sydney; ‘This Must Be The Place’ from The Corner bathrooms in Melbourne; ‘Don’t Wanna Know If You Are Lonely’ from the loading dock at Ferntree Gully, ‘I Want to Break Free’ in the stairwell at the HiFi ,Brisbane. ‘Losing My Religion’ in the bowels of The Forum Theatre…the response from fans and new friends was overwhelming.  People started suggesting songs, tuning in, and being a part of something that took on a life of its own.

Following on from this turn of events, Paul spent some time in the studio recording a selection of the covers he filmed backstage for release on 4th October as the one-off EP, ‘Shotgun Karaoke’ with an accompanying solo tour of the same name kicking off on Saturday October 5th.  The shows will take the form of Paul playing a set of Shotgun Karaoke covers before moving on to his own rich catalogue of both solo and SFK material.

Joining Paul for all shows will be one of Melbourne’s most exciting emerging talents, Olympia. Her recently released self-titled debut EP showcases her incredible voice and compositional skills. Be it voice, guitar(s) or keys, Olivia Bartley, the song writer and creative force behind the project, has a sure knowledge of her armoury.

‘Shotgun Karoake’ EP out October 4th on iTunes and in stores 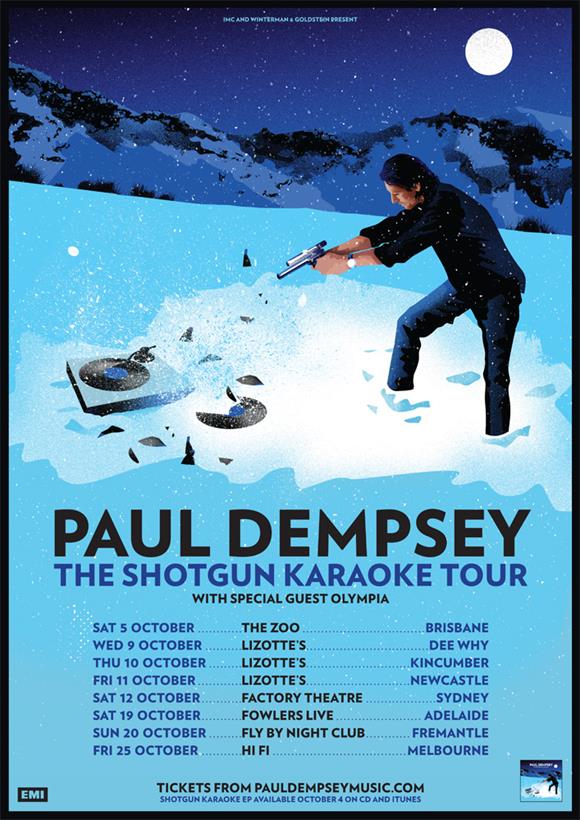