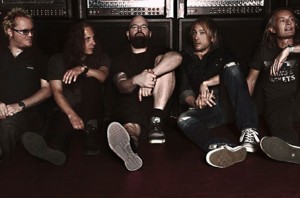 House of Shakira wants to come out and play again.

It´s not yet 18 months since their critically acclaimed album “HoS” hit the market, but the band has been working on a sequel ever since. It´s about time to let the new opus “Pay to Play” see the light of day. And MelodicRock Records is going to be the label to deliver this new classic to the masses.

The upcoming seventh studio release marks the second CD with lead singer Andreas Novak, and is accordingly their best album so far. The band chose a small label, in order to maintain highest priority throughout the process, instead of falling between the lines in the hands of a bigger label.

Says frontman Andreas Novak: “MelodicRock Records is our weapon of choice, whose enthusiasm we trust with our lives. I’m proud to say this is by far the best release I’ve ever been involved in. This album has been a true pleasure and walk in the park to compose, since we’re immune to pressure. It´s all for the love of good music. Fame and fortune should not be anybody’s goal – then it becomes an obstacle instead. We just wanna play.”

Label CEO Andrew McNeice: “I’ve had the pleasure of working with Andreas over a number of yeas now as well as a long standing friendship with the rest of the HoS guys. When they came together I pitched to them immediately. Well, I might have had to wait one album, but I’ve got them now! I’m as excited about this release as I could be. I’ve been going back and forth with the guys over the last few months deciding upon which songs had to make the cut and organizing the perfect sequencing so this album flows like a fine wine. They guys have outdone themselves and I think the songs, the passion and the energy of this record rival their classic debut.”

House Of Shakira are a Swedish rock formed by guitarists Mats Hallstensson and Anders Lundström that started out in Stockholm around 1991 under the moniker The Station. The mid 1990’s saw the band change their name to House of Shakira, named after a London bordello.

In their 22 year history the band has released six previous studio albums, all of which have left their mark, making the band one of Sweden’s best known musical exports as well as hometown heroes. Their famed debut album “Lint” remains a genre classic. For the band’s second album with singer Andreas Novak, the guys collectively concluded that it was time to give the debut a run for its money. 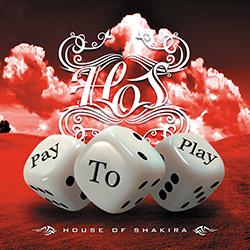 The House Of Shakira line-up of Mats Hallstensson (guitars), Anders Lundström (guitars), Andreas Novak (vocals) and the blistering rhythm section of Basse Blyberg (bass) and Martin Larsson (drums) locked themselves away in the studio for several months, not immerging until the songs of their new release “Pay To Play” were completed and a perfect addition to the band’s legacy.

House Of Shakira “Pay To Play” will be released worldwide via MelodicRock Records/Cargo Records on CD September 23 and via Digital outlets two weeks later on October 7.

Copies will be available for purchase at the MelodicRockFest event in Chicago September 27-29 ( www.melodicrockfest.com)