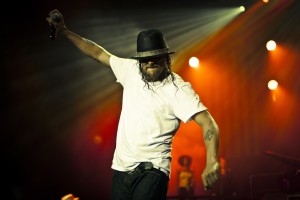 Paul Dainty, Chairman of Dainty Group announced today that Detroit rocker Kid Rock will join Bon Jovi as special guest on the “Because We Can” Australian tour.  This will be Kid Rock’s first ever tour of Australia.

Rock shot to superstardom with his, 1998 album DEVIL WITHOUT A CAUSE which sold 13 million copies.  Since then he has gone on to sell 27 million albums worldwide.  Kid Rock’s album, ROCK & ROLL JESUS which produced the massive hit “All Summer Long”, released in 2007, debuted at #1 in the US and stayed in the charts for 100 weeks, becoming the biggest selling Rock album of 2008 .  The single “All Summer Long” went to #1 in 8 countries around the world including Australia.

Before heading to Australia Kid Rock will undertake a massive Summer tour in the US in support of his 10th album, REBEL SOUL.

Tickets for the “Because We Can” Australian tour with special guest Kid Rock will go on sale on Monday 20th May at 12noon.  Ensuring there is something for every fan, Bon Jovi is offering a wide range of ticket options starting at $35.00 (plus transaction and credit card charges where applicable).  Tickets can be purchased from www.ticketek.com.au (Sydney, Brisbane) or www.ticketmaster.com.au (Melbourne, Adelaide).