PRIMAL SCREAM set to release ‘More Light’ on May 10th 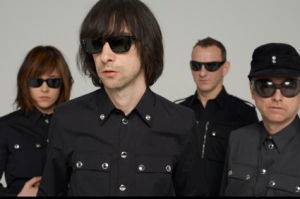 After debuting new track ‘2013’, Primal Scream return May 10th with one of the year’s most eagerly awaited albums; ‘More Light’, out on the band’s own First International label through Ignition Records / Inertia.

Standout tracks include ‘Elimination Blues’ – with vocals from Robert Plant – ‘River of Pain’, the caustic call-to-arms of ‘Culturecide’ – where Mark Stewart guests on the chorus – as well as ‘Invisible City’ and the classic ‘It’s Alright, It’s OK’.

Bobby Gillespie says: “I wanted to convey coming out of a dark time and into a good one… We always knew it wasn’t going to be a straight ahead, balls to the wall, high energy rock ‘n’ roll, two guitars, bass and drum record. It’s sophisticated, layered, cinematic and orchestral; obviously working with Holmes we were hoping to make a record more in keeping with that vision.”

“More Light is a 70-minute-plus psychedelic trip that takes in a greatest hits of Scream touchstones; krautrock rhythms, soulful gospel rock, bursts of free-jazz, propulsive horns and a sense of revolutionary rage.“ THE GUARDIAN, UK