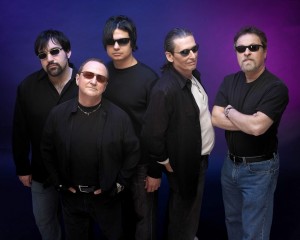 Blue Oyster Cult may be the ultimate ‘cult’ band. Revered by punks, metal heads, sci-fi geeks and horror movie fans alike, B.O.C. have carved out a 40-year career via a string of complex hard rock albums and killer live shows. The author Steven King adores them and so does Dave Graney. Their best known track Don’t Fear The Reaper, was a U.S. top twenty hit in 1976 and the album it came from, Agents Of Fortune (featuring a collaboration with songstress Patti Smith) achieved platinum status while their overall catalogue sales are in excess of 24 million. They also provided Radio Birdman with the album title Radios Appear, a lyric taken from the track Dominance and Submission from the Blue Oyster Cult album Secret Treaties.

The live albums, starting with 1975’s On Your Feet or On Your Knees, clearly demonstrate BÖC’s strength as a live act; they’re a bracingly powerful band, the rock solid support of the rhythm-bass-drums embellished by Buck Dharma’s stinging guitar leads.

Already announced as a co-headliners at the 2013 Dig It Up! Feel are now proud to announce headline shows for Blue Oyster Cult in Sydney & Melbourne. For the these two special performances, B.O.C. will perform the entire show, no support – like wow!

This will be the first-ever Australian tour for Blue Oyster Cult and it’s all thanks to Hoodoo Gurus.