TENACIOUS D return to Australia this May! 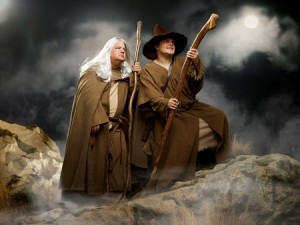 TENACIOUS D RETURN TO AUSTRALIA & NEW ZEALAND THIS MAY!

The Frontier Touring Company are delighted to confirm that the comic rock brilliance of Tenacious D will be returning to our shores again this May for an extensive run of headline theatre shows.

Bringing it all back to the classic lineup that originally birthed their genius, Jack Black and Kyle Gass are touring as an acoustic duo on their first tour of Australia and New Zealand since their last run supporting Foo Fighters in December of 2011.  Little known fact — Foo Fighters are really just Dave Grohl’s side project…his primary gig remains the studio drummer on all three Tenacious D albums.

Tenacious D have always maintained a special love affair with audiences in Australia and New Zealand…but this will be their first trip here since the release of their Grammy-nominated third album, Rize Of The Fenix.

Joining The D for their Australian shows will be special guests Barry Morgan (AUS) and SASQUATCH (somewhere in North America).

Barry Morgan is somewhat of an Australian treasure who’s graciously offered to take time away from his salesperson position at Barry Morgan’s World of Organs to display his organ mastery at all of Tenacious D’s Australian shows.

Morgan has already impressed with appearances on Spicks and Specks as well as The Marngrook Footy Show and on Gotye’s 2012 Australian tour.

Also appearing on all dates will be SASQUATCH, an “ape-like creature that some people believe inhabits forests, mainly in the Pacific Northwest region of North America.”  Sasquatch will be performing solo at these dates…ripping some unreal guitar solos.

As with all times Tenacious D takes a stage, these shows are not to be missed.

General public on sale from 9am local time, Monday 25 February