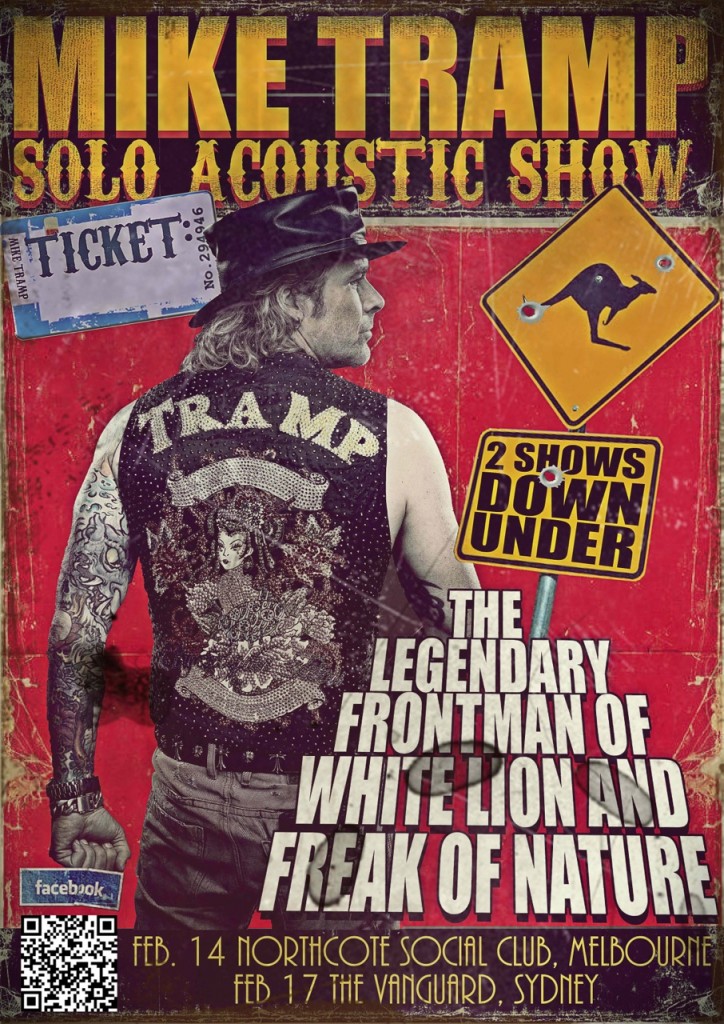 It’s the first time in over six years that Mike Tramp has taken the stage in Australia for a solo concert.

In that time, Tramp has toured Europe consistently, released 3 albums and is now bringing his one man, one guitar, story teller-styled show to Australia.

Over almost 3 hours, Mike will take his fans on a journey from his beginnings as the frontman of White Lion through his 90’s tenure with Freak of Nature to his solo career that started with Capricorn in 1998 right up to his last two albums with the Rock’n’Roll Circuz.

From the Road to Valhalla, Lady Of The Valley to Rescue Me and What Am I, and finally to Mr. Death, All Of My life and When She Cries.

The stories behind the songs, the era, the world of the 80’s, 90’s and now through Mike’s eyes will be laid bare and performed in their rawest form – just as Mike wrote them originally on acoustic guitar.

This show is Mike’s most personal performance ever, joyous for the singer and insightful for his fans.