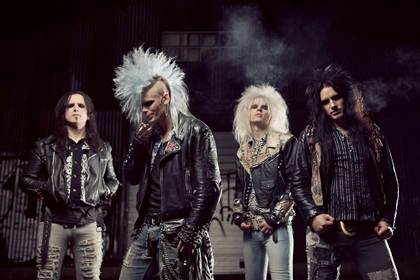 A leading force in the Swedish “sleaze rock” scene, a revival of the glam metal of the 1980s, but with a more pronounced punk element, CRASHDÏET formed in 2000, taking inspiration from Skid Row, Guns N’ Roses, Kiss and G.G. Allin, and vowing to bring back the big shows and big songs of “unpredictable and dangerous” rock & roll.

“CRASHDÏET’s arsenal of anthems bear all the hallmarks of the Sunset Strip.” – Blunt Magazine

In April of 2010 they released their third album entitled ‘Generation Wild’, an album that sums up the extraordinary but yet tragic history of a band determined to never give up their dream. CRASHDÏET have become known as a band with a huge following of diehard fans, and the massive interest for the band never seems to fade.

There has been extensive touring during the course of ‘Generation Wild’ with highlights that saw the band conquer Hollywood and New York City with sold out shows at Whisky A Go Go and Webster Hall. The band also supported heroes Mötley Crüe and Ozzy Osbourne.

With the new studio album ‘The Savage Playground’, recorded during summer/autumn 2012 in native Sweden, CRASHDÏET have their minds set to break through on a world-wide basis. 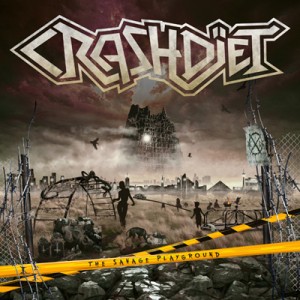