The Tea Party: Live in Australia DVD out 7th November 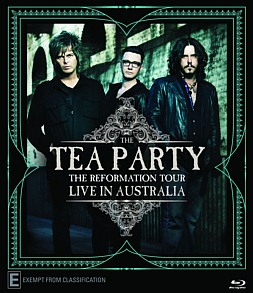 From November 7 The Tea Party: Live in Australia will be available for lovers of epic rock on Blu-ray and DVD.

Since the Canadian three piece exploded onto the scene in the early-‘90s the Tea Party has pursued a singular epic sound melding middle-eastern influences with cacophonous power for what has become widely dubbed as Moroccan Roll. After a brief breakup in 2005 the band has reformed for an historic tour of Australia which culminates in this supreme two hour set.