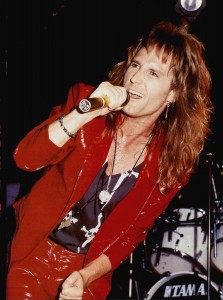 English singer/songwriter and famed front-man for super-groups The Babys and Bad English, John Waite heads to Australia for the first time ever for his national Greatest-Hits Tour, performing a collection of his hits that span a career of almost four decades.

The Lancaster (England) born singer is instantly recognisable and is cherished by a wide range of audiences. His unique and pristine voice is just as at home tearing through powerful rock-anthems, as it is eloquently and movingly delivering a ballad.

First coming to attention with leading British rock-group The Babys, John Waite first had chart success globally with “Isn’t It Time” which spent two weeks at #1 on the Australian charts in (1977) and the single “Every Time I Think Of You” peaking at number six in (1979).  After five albums, The Babys separated in 1981 with Waite subsequently launching his solo career with his 1982 debut album “Ignition”.  It wasn’t until his following album “No Brakes” that Waite garnered international attention with the release of lead single “Missing You” (1984) which was a top-twenty hit globally & #1 in the US.  So popular was the track that it was later re-recorded and released by the likes of Rod Stewart, Tina Turner and Brooks & Dunn.

In 1989, Waite joined several former Babys band-mates to form super-group Bad English, which critics described as a characteristic Arena rock band. The first self-titled album of Bad English was certified platinum status within Australia and with “When I See You Smile”, John Waite had his second #1 hit single in the U.S.A. The bands second album, “Backlash”, produced two big hits: “Straight To Your Heart” and “Time Stood Still”.

John Waite returned to solo work and since 1995 has produced a further five solo albums including his latest album “Rough And Tumble” (available now from iTunes) featuring songs co-written by Kyle Cook of Matchbox Twenty. Waite continues to actively tour, including in 2003 as a vocalist for Ringo Starr & his All-Star Band, alongside Colin Hay of Men At Work.