Pride Of Lions to return with an “Immortal” fourth album 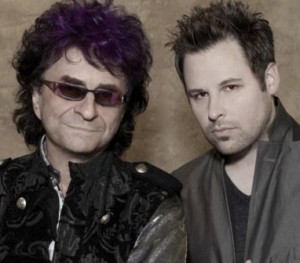 Frontiers Records is excited to announce the return of PRIDE OF LIONS with the release of their anticipated fourth studio album entitled “Immortal” on September 21st in Europe and September 24th in North America.

The 11 track new album is everything Melodic Rock fans expect from these guys: powerful vocals from Toby Hitchcock and Jim Peterik, amazing music from the Pride Of Lions band and guest musicians, and of course epic songs from the pen of Grammy-winning songwriter and founding member of Survivor, Jim Peterik.

“After producing and writing the songs for Jimi Jamison’s wonderful 2009 release, “Crossroads Moment”, I needed a minute or two to get my juices back flowing in the direction of writing a great new Pride Of Lions record. When Toby decided to do his solo album, this was the perfect time for reflection. Once I started writing, the flood gates just opened up. I feel this is the cd to put POL on the map once and for all” says Peterik.

Indeed all the pieces are there that made Pride Of Lions the group to watch back in 2003 with their self-titled debut record on Frontiers. Timeless songs such as “It’s Criminal”, “Sound Of Home” and “Gone” are still on the i-pods and cd players of thousands of rock fans worldwide, but Toby Hitchcock’s voice this time has gained a new maturity and depth while sacrificing none of his incredible 4 octave range.

“When I was approached by Serafino Perugino (Frontiers Records President and guiding light) to do the next POL record I knew he wouldn’t settle for less than my very best as a songwriter and producer. I couldn’t let him or the fans down – so I really got down to business,” continues Jim.

The results speak for themselves. Joined again by Jim’s long time musical partner Larry Millas the album is a sonic powerhouse. Back up vocals are supplied by Thom Griffin ex of Trillion and a new rock tenor on the scene Marc Scherer. The title track is sheer POL magic “Immortal” with its key line: “For the thousand times we fail, it’s the one thing we did right, that leaves a mark forever on this world- and makes us Immortal.” “Delusional”, another key cut (chosen to become the first single and music video) tackles the subject of the way we as a people overprescribe medication to young people that may be a bit different from the norm, to make them conform with the status quo- thus choking off their brilliant uniqueness.

Of course the power ballads are there as always: “Everything Money Can’t Buy”, the melancholy gem, “Are You The Same Girl” and “Sending My Love”. 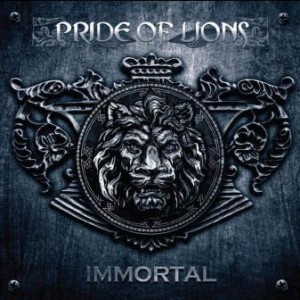 “For me,” states Toby Hitchcock, the pivotal song on this cd is “Sending My Love”. I’m a sucker for a great ballad and this one spoke to my soul. Being a new father, it gets more and more heartbreaking to be away from my loved ones on the road. I love the road, don’t get me wrong, but its tough being separated from them as well.” The rockers, of course, rock as hard as ever. The album’s closer, “Ask Me Yesterday” explores the natural wisdom we seem to lose over time. “If It Doesn’t Kill me” explores the Nietzschian quote: “What doesn’t kill me- makes me stronger!”

“Another strong rocker, in my opinion, is “Vital Signs,” says Peterik. “It’s a song I started back in 1984 while making Vital Signs with Survivor. I often like to have a song be the title cut- ie When Seconds Count, Eye Of The Tiger, Too Hot To Sleep, Caught In The Game etc. But this time I couldn’t quite finish this tune- until finally this year.”

“Immortal” is a vital album (pun intended) for POL. “We hope to finally break big in our own country- the USA. It’s great having the world wide profile that we do – when Toby and I walk the streets of Barcelona the people point and shout- Pride Of Lions! I’d like that to happen in Cincinnati!” concludes Jim Peterik.

Some big shows are currently being set up for Pride Of Lions including a show with Styx in the Chicago area around the time of this release.

So enjoy another epic album from a band that is more than a flash in the pan project. Pride of Lions is the real thing – and they are here to stay!

“Immortal” tracklisting includes: Immortal; Delusional; Tie Down The Wind; Shine On; Everything That Money Can’t Buy; Coin Of The Realm; Sending My Love; Vital Signs; If It Doesn’t Kill Me; Are You The Same Girl; Ask Me Yesterday.

The first single “Delusional” will be available for digital purchase only on September 5th. A videoclip will be made available soon – an album trailer is available now :