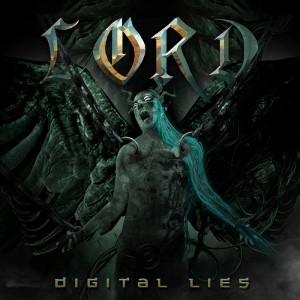 Australian melodic metallers LORD reveal the title, tracklist and cover art from their forthcoming album.
Stated LORD mainman LT: “We can now reveal the title of our forthcoming album is ‘DIGITAL LIES‘. The track listing is as follows:
1. Incipio
2. Betrayal Blind
3. Digital Lies
4. Point Of View
5. Walk Away
6. 2D Person In A 3D World
7. Final Seconds
8. The Last Encore
9. Because We Can
10. The Chalkboard Prophet
11. Battle Of Venarium
Plus there will be additional bonus tracks for each territory release.

Once again, our cover art was handled by Felipe Machado [BLIND GUARDIAN, IRON SAVIOR, ICED EARTH, GAMMA RAY]. We’re currently about half way through recording the album and while it’s been a lot of hard work making sure it’s up to the standards we’ve set ourselves, it’s already sounding great.

Every artist says their new album is ‘their best work’ or their ‘heaviest’ or ‘most brutal’. We’ll skip those clichés and say that we believe we have a solid album of good music that we’re proud of and we believe stands up to anything we’ve released so far. If you’re familiar with LORD you’ll know what to expect for the most part; a very diverse album ranging from traditional metal to commercial rock to extreme metal and everything in between. If you’re wanting an album full of thrash songs, AOR songs, or progressive epic movie orchestral jazz djent punk songs that all sound the same then I’m afraid you’ll be a little bewildered when the style shifts from song to song. It’s the LORD you know with a few new elements that have fallen into the melting pot since the last album. 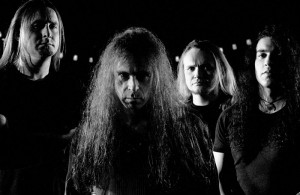 We expect the album to drop somewhere early in the second half of the year, released through Dominus Records via our licensors and distributors. Keep an eye on www.lord.net.au for ongoing studio blogs, videos and sneak peaks of the album. We hope you enjoy it.”