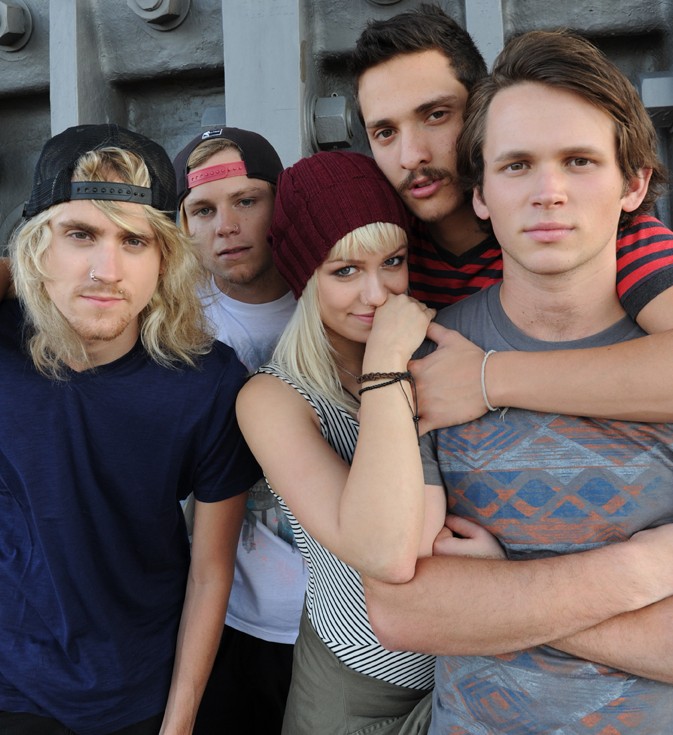 Sony Music Australia are excited to announce that Australian pop-punk protégé Tonight Alive have received two nominations for the prestigious The Kerrang! Awards 2012 Fuelled By Relentless Energy Drink; the band has been nominated in the category of Best International Newcomer and Jenna has additionally been nominated as part of the Hottest Female category. The winners will be announced in a ceremony in the UK on Thursday June 7, 2012.

Of their nominations the band said “The past year has been an incredible journey for Tonight Alive and we are absolutely thrilled with our Kerrang! Awards  nomination. It is an honour to be up against these fellow bands”

Since the release of Tonight Alive’s debut album What Are You So Scared Of? last year the band has continued to grow a fan base both locally and internationally. The album debuted  at #15 on the Aria Charts in Australia and has since been released in the US where is debuted at #7 in the Billboard Heatseeker charts, Canada, Japan and plans are underway for a UK release.

The band is about to begin their Australian headline tour with a run of dates before heading to Japan and then the US as part of the Vans Warped Tour 2012.

Tags 2012 Kerrang UK Awards Tonight Alive What Are You So Scared Of?