Something For Kate head to Dallas to record sixth album 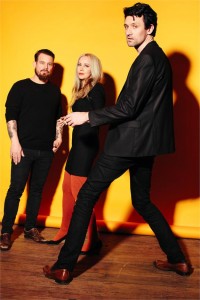 Fans of Something For Kate rejoice!  Having spent the past months writing and rehearsing new material, Something For Kate head to Dallas, Texas to begin the recording process of their sixth studio album, to be released on Capitol/EMI Music Australia in late 2012.

The yet-to-be-titled sixth studio album is the next instalment in Something For Kate’s phenomenal history.  With an impressive catalogue of five Top 10 platinum and gold albums, of which their previous two peaked at No.1 on the ARIA Album Chart, eight Top 40 ARIA singles, a No.1 ARIA platinum DVD, thirteen ARIA Award nominations, a No.2 triple j Hottest 100 song, over half a million music sales and multiple industry awards, expect mammoth things from Something For Kate.

Following on from the band’s most recent No.1 ARIA studio album, 2006’s ‘Desert Lights’, Paul Dempsey released his debut solo album ‘Everything Is True’ which entered at No.5 on the national ARIA Albums Chart in 2009 and went on to surpass Gold sales.  This was followed by a solid touring schedule throughout Australia, the UK and USA.

Tags Paul Dempsey Something For Kate