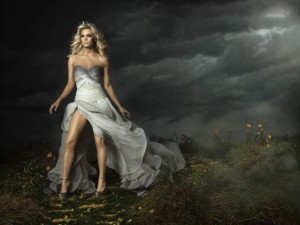 Chairman of Chugg Entertainment, Michael Chugg, said it was fitting Underwood would end her first Australian tour at another of the world’s most iconic venues, the Sydney Opera House.

Sponsored by Olay, Underwood will play four intimate and exclusive concerts in Australia, including a special show in Tamworth.

“The last concert we did in Tamworth was Keith [Urban],” said Chugg, “and we blew the lid off it.

“Carrie will too.  We worked the itinerary to get her there on a weekend night and it’s the start of the school holidays.”

Underwood’s tour will kick off at Melbourne’s Palais Theatre on Tuesday June 26; play TRECC, in Tamworth, on Friday June 29 and the Brisbane Convention Centre on Saturday June 30.

Underwood will end her first Australian tour at the Sydney Opera House on Monday July 2.

“We’re expecting Australian fans will be equally as quick.”

Tickets for all shows fan pre-sale this Wednesday and Thursday and general public tickets are on-sale from Monday May 14.

“Touring is more fun now because I know what it’s like to headline a tour,” said a clearly modest Underwood, whose 2008 and 2010 North American headline tours (200-plus shows to 2.2millions fans) clocked her as the Top-Selling Country Female Touring Artist Of The Year on each occasion.

“I feel like I’m able to be more and more creative all the time.

Underwood will tour Australia on the back of her self-described “stormier” fourth studio album, Blown Away, released in Australia last Friday, which includes the new hit single, Good Girl.

Get ready to be Blown Away Australia.

GENERAL PUBLIC
Monday May 14, 9am