Lit in the studio working on new album with Butch Walker 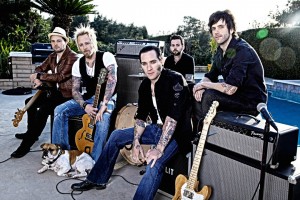 Lit are back and are currently holed up in the studio of Butch Walker in Santa Monica recording a bunch of new material that is scheduled for an as yet untitled album release during 2012.  It has been over 7 years since their last album release, the self titled “Lit” and in that time,  the band tragically lost drummer, Allen Shellenberger to brain cancer in August of 2009.  Nathan Walker has now taken up the position of drummer and the band have also added guitarist and songwriter Ryan Gillmor.

If you check in with the following link, ChinaShopMag recently caught up with Lit in the studio with Butch Walker.  Hit the following link for the story and a bunch of photos!  http://www.chinashopmag.com/2012/01/lit-teams-up-with-butch-walker/

Stay tuned to the official Lit website for further updates and of course right here at May The Rock Be With You! http://www.litband.com/

Check out the demo version of a new song right below: