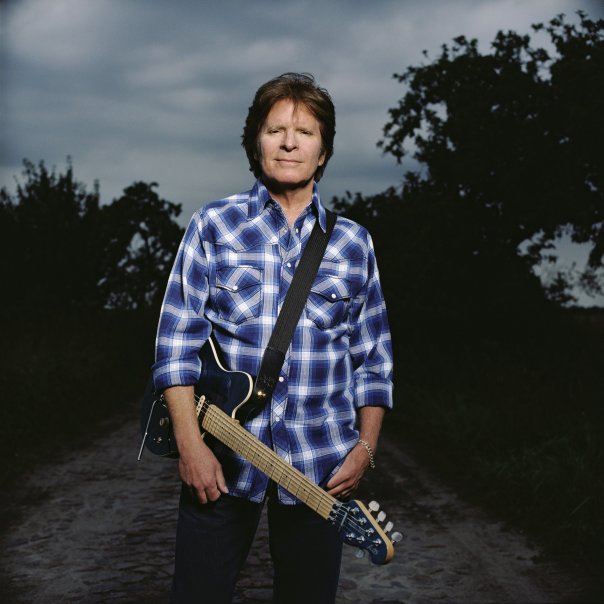 Chugg Entertainment and Bluesfest Touring are today thrilled to announce that legendary rocker, John Fogerty,  has confirmed an unprecedented series of live shows in Australia this March/April.  Looking Out My Back Door:  John Fogerty Performs Live! The Albums of Creedence Clearwater Revival will see Fogerty performing classic albums ‘GREEN RIVER’ and ‘COSMO’S FACTORY’ in their entirety.  In addition, Fogerty will perform a bonus set comprising classic songs from the extraordinary Creedence Clearwater Revival days to his solo canon of hits.

Fogerty and his crack band have spent much of the past year rockin’ all over the world, drawing rapturous critical acclaim at every stop.  “Energetic, wired, and vital…Fogerty was simply a physical wonder to behold,” exclaimed the Toronto Sun in a four-starred rave.  The San Francisco Examiner declared Fogerty’s “crowd-pleasing” set as one of the clear highlights of the Outside Lands Music & Arts Festival, while Rolling Stone pointed out that “Fogerty couldn’t hold back his enthusiasm.”

John Fogerty is a true American treasure, one of popular music’s all-time greatest singers, guitar players, and songwriters.  His remarkable career began in his hometown of El Cerrito, California, soon earning massive popular and critical success with the one and only Creedence Clearwater Revival.  As leader of CCR, Fogerty forged a distinctive, groundbreaking sound all his own, equal parts blues, country, pop, rockabilly, R&B, swamp boogie, and Southern fried rock ‘n’ roll, all united by his uniquely evocative lyrical perspective.

From 1968 to 1971, Creedence Clearwater Revival unleashed an incredible succession of hit singles and platinum certified albums that remains unparalleled in the annals of rock ‘n’ roll history.  Their expansive cover of ‘Suzie Q’ was followed by a stunning series of Fogerty-penned favourites that dominated rock and pop radio, including ‘Proud Mary,’ ‘Down On The Corner,’ ‘Born On The Bayou,’ ‘Have You Ever Seen The Rain,’ and what remains the definitive anti-war anthem, ‘Fortunate Son.’

1970’s “COSMO’S FACTORY” marked Creedence Clearwater Revival’s biggest seller and greatest critical triumph.  The album – currently certified 4x-platinum by the RIAA – stands tall as a veritable jukebox of iconic rock ‘n’ roll, from “Travelin’ Band” and “Who’ll Stop The Rain,” to “Run Through The Jungle” and “Up Around The Bend,” to “Lookin’ Out My Back Door” and the epic “I Heard It Through The Grapevine.”

After Creedence Clearwater Revival called it quits in 1972, Fogerty embarked on what would prove to be an equally impressive solo career.  Among its many highlights are 1975’s “JOHN FOGERTY” – featuring the rollicking ‘Rockin’ All Over The World’ – and 1985’s #1 phenomenon, ‘CENTERFIELD.’  With its trio of timeless hit singles, including ‘The Old Man Down The Road,’ ‘Rock And Roll Girls,’ and the irresistible title track, the multi-platinum collection marked Fogerty’s glorious return to the forefront of modern rock ‘n’ roll.

Having made infrequent live appearances in the 90s, by 2004 he had made a full-throated return to the road, including the MoveOn.org-sponsored Vote For Change tour and his first series of European dates in more than three decades.  Other live highlights include 2009’s 25th Anniversary Rock And Roll Hall of Fame Benefit Concerts at Madison Square Garden (which saw him performing alongside Bruce Springsteen & The E Street Band) and a stellar main stage set at 2010’s Bonnaro Music & Arts Festival in Manchester, Tennessee.  Still going strong in 2011, Fogerty and his always electrifying backing band bring it each time they step upon a stage, performing his mind-blowing body of work to generation after generation of adoring fans.

Do not miss this very special event!

TICKETS FOR ALL HEADLINE SHOWS ON SALE MONDAY 6TH FEBRUARY, 9AM