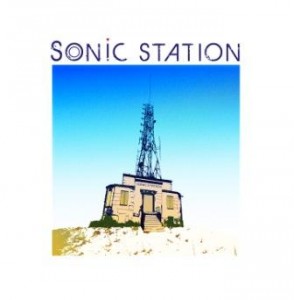 The new AOR dream rising from Sweden ! SONIC STATION to debut in February 2012 on Frontiers

Frontiers Records is pleased to announce the signing to the label of a brand new Artist SONIC STATION for the release of their self titled debut album on February 24th 2012 in Europe and February 28th in North America.

SONIC STATION is a new Westcoast-AOR Project put together by Alexander Kronbrink (a Swedish guitarist, composer and producer). Alexander is a young musician who learned his skills playing with Smooth Jazz star Jonathan Fritzén. Later on – after being introduced to Lee Ritenour – Alexander started to see a clearer direction in his playing. Through Ritenour he discovered the music of such giants as Steely Dan, Kenny Loggins, composer and producer David Foster and guitarist Jay Graydon, among others. Alexander says: “I have always been interested in guitarists with the ability to play everything from Jazz, to Pop, to Country, to Hard Rock. I have listened a lot to American session guitarists such as Steve Lukather, Michael Landau and Dan Huff. I guess that type of guitar playing is what have influenced me the most.”

From the very beginning the SONIC STATION project has been based in the 80’s AOR music (influenced by Toto, Mr. Mister and Journey) and the West Coast-sound of Airplay and Chicago. The resulting album “SONIC STATION” is an expressive and warm record, where each song has an obvious and immediate hit feeling. “The focus is on melody and the SONIC STATION sound is a meticulous and exciting mixture of Pop, Rock and Jazz”, explains Kronbrink. To get the most quality out of each track Alexander, who composed ten of the songs and also produced and arranged the whole record, engaged four singers with different styles and voices: Marika Willstedt (from the Swedish TV show “Så ska det låta”), Magnus Bäcklund (member of the Swedish duo “Fame”), Kristoffer Fogelmark and Tove Lo.

There are many musicians working on the album but the three contributing the most are Alexander’s close friends Jonathan Fritzén (on keyboards – a smooth Jazz solo artist who reached #1 on the Billboard Indicator Smooth Jazz Chart), Henrik Linder (on bass – Dirty Loops, Work of Art) and Aron Mellergård (on drums – Dirty Loops). All of them are accomplished musicians and gave their contribution for the final result. “I definitely think SONIC STATION will have a life on stage and I expect that we will be able to do some shows in the coming months” concludes Alexander Kronbrink.

With SONIC STATION, Alexander Kronbrink has taken the 80’s into the future. 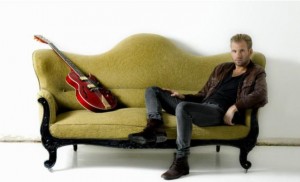