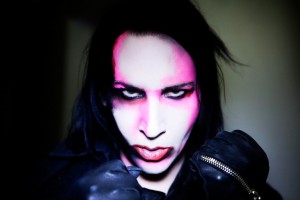 Very rarely does an artist come along that defies the boundaries of convention and remains relevant in a storied career spanning over two decades selling in excess of 50 million albums. MARILYN MANSON has successfully pioneered ‘Shock Rock’ whilst redefining alternative music, blazing a trail of controversy and originality.

After selling millions of records and leading an army of rabid fans across the globe, COAL CHAMBER’S career came to an abrupt halt with the band disbanding at the peak of their career in 2002.

Fast-forward 10 years and for the first time in over a decade COAL CHAMBER will be reforming for Soundwave 2012 and 2 exclusive sideshows.  “COAL CHAMBER is and always will be a very special part of my life, so these few shows are for those people and for us” enthuses charismatic front man Dez Fafara   Don’t miss your chance to be apart of metal history.

Forming whilst on hiatus with Murderdolls, WEDNESDAY 13 has firmly cemented himself as the leader in Horrorpunk. With an unruly live show of fun and debauchery “Everyone leaves sweaty, smiley and enthused by what they just witnessed…they are everything that is right with rock music today” – caughtinthecrossfire.com

With a blend of intense melodic metal and a penchant for the macabre, MOTIONLESS IN WHITE is taking the metal world by storm. Their spectacular debut album ‘Creatures’ has fans and critics alike singing their praises with Caughtinthecrossfire.com declaring it “A beautifully crafted masterpiece that will not only serve as the perfect soundtrack to your Halloween, but to anything else as well”.

TICKETS ON SALE FRIDAY 16 DECEMBER, 9AM