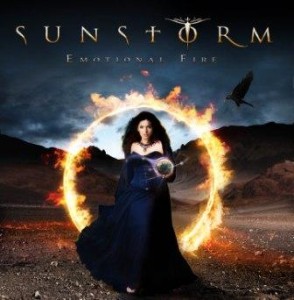 Born after Turner met with Frontiers Records’ President Serafino Perugino, theSUNSTORM project was a way to dig up some old gems, written by the former Rainbow, Deep Purple and Yngwie Malmsteen singer during the mid 80’s. The task was to create an ultimate Joe Lynn Turner Melodic Rock “dream collection.” This brought on the release of the first SUNSTORM album in 2006 –which met with much critic and fan approval – and the follow up “House of Dreams” three years later.

While the first two albums’ basic inspiration came from the Melodic Rock catalogue of songs that Turner penned for himself or other artists of the genre, for this third album, Frontiers and JLT decided to look at Turner’s numerous vocal sessions he did in the 80’s as a background vocalist for other artists. This brought on a resurrection of some of Michael Bolton’s Melodic Rock gems such as “Gina,” (originally included on “The Hunger” album, where Turner contributed with background vocals), “You Wouldn’t Know Love” and “Emotional Fire,” which Bolton penned for the “Heart of Stone” album by Cher (in which Turner also appeared as background vocalist). “I sang background on the original ‘Gina,’” says Joe, “Michael and I did all of the parts but I tried to rock it up a bit more than the original… not so pop! Good song though! It’s funny…I heard ‘Emotional Fire’ from Desmond Child during a writing session and then he asked me to sing background vocals on it! Crazy! It’s like one big circle!” 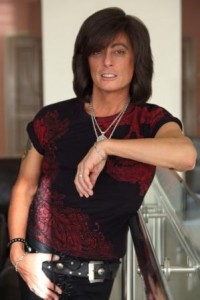 With production and mixing once again under the expert hands of Dennis Ward (Pink Cream 69, Place Vendome, Angra etc.) and a tracklisting rounded out by some amazing songs written by the likes of Soren Kronkvist (Crash the System, Issa), Tom and James Martin (Vega, Sunstorm, Khymera) and Daniel Palmqvist (Xorigin, The Murder of My Sweet), the third Sunstorm album, “Emotional Fire,” is destined to reignite the Melodic Rock passion in every fan. “I think this record has a good mix of songs,” concludes Joe, “Just what ‘Sunstorm’ is supposed to be! Dennis Ward is a great producer and the players are amazing. I have to say I am pleased with the work we did and hope that everyone else will be pleased as well…enjoy!”

SUNSTORM’s “Emotional Fire” will include the following songs: Never Give Up ,Emotional Fire, Lay Down Your Arms, You Wouldn’t Know Love, Wish You Were Here, Torn In Half, Gina, The Higher You Rise, Emily, Follow Your Heart, All I Am.

The first single, “Never Give Up” can be exclusively streamed on the Frontiers Records webradio www.frontiers.it/webradio

Joe Lynn Turner’s career spans over 60 album credits has had a number of highlights. From his early days with Fandango to the success he later enjoyed with (Ritchie Blackmore’s) RAINBOW, DEEP PURPLE, YNGWIE MALMSTEEN and an 11-album solo career, the New Jersey-born singer has covered a wide number of musical styles with his inimitable vocals. He also appeared as lead singer in several projects since 1992 including BRAZEN ABBOT, THE HUGHES – TURNER PROJECT (with ex-Deep Purple’s Glenn Hughes), MOTHER’S ARMY, the “all star” group BIG NOIZE and many others.