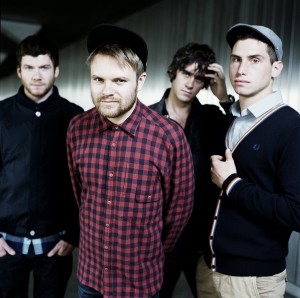 ENTER SHIKARI are performing 2 headline shows only on the back of their Soundwave 2012 appearances and Australian fans will be amongst the first in the world to hear new tracks from the bands forthcoming album ‘A Flash Flood Of Colour”.

Channeling the frantic intensity of The Blood Brothers, awe inspiring sonic complexity of At the Drive In, the unrestrained emotion of Glassjaw and industrial strength hardcore of Refused, LETLIVE are injecting new blood into the scene with their latest record ‘Fake History’…”Consistently thrilling and invigorating it’s a phenomenal record that’s worthy of all praise.” –  Rock Sound

Full of punk rock aggression and rock ‘n’ roll swagger LETLIVE is poised to emerge as one of the most exciting and important bands of 2011.

YOUR DEMISE have built a reputation as one of the most brutal live hardcore bands in the world. The band’s latest album ‘The Kids We Used To Be’ is a homage to the good old days of long summers, bruised bones, best friends and hazy regrets. “Fast-paced and furious, with jagged guitar lines like daggers stabbing into this anthemic onslaught: singalongs and banging heads guaranteed!” – Punktastic