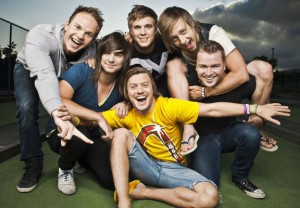 A very very balmy night in Sydney tonight sees a moderate number of fans of Canadian band These Kids Wear Crowns happily fill the fan cooled Lair at the Metro theatre for a night of what can only be described as fun pop punk music. Opening band Wake The Giants involved lots of jumping, spinning and a mix of screamo and clean vocals which is standard these days for a pop punk show. They have an interesting sound and once they find exactly what that is they could be fun. They did hit us with a cover of Fall Out Boys ‘Grand Theft Autumn’ which got the crowd going, it was a gallant effort. Sound of Seasons deliver a somewhat Panic! at the Disco meets Fall Out Boy kind of vibe and I’ll give it to them and in particular the singer who treated this show like there was 10,000 people here. The songs are catchy enough to enjoy and hopefully we’ll hear from these guys again. Their single ‘Sweet Decline’ a stand out of their set. As the 6 piece These Kids Wear Crowns hit the stage they come out full of energy and instantly hit us with their infectious catchy tunes. They are far from deterred from the small crowd and give everything that they have which I completely love in a live band. The witty banter between songs is fun and suits the tunes. What I enjoy about these songs is that there are an abundance of whoa ohs which is always a good thing and what that means is we have a night of just great catchy songs, I dig it. Their second single to be released in Australia which is a cover of Whitney Houston’s ‘I Wanna Dance With Somebody’ is actually pretty good, this will be the perfect Summer tune and will completely take the radio airwaves by storm if it isn’t already as I ype. The next unexpected cover of Beyonce’s ‘Single Ladies’ rocked up was um, interesting. It actually works, hand motions and all, but I still really don’t like this song and I’m pretty sure that’ll now be stuck in my head all night, at least it’ll be a better version of it ha ha. Running through their songs ‘Lifetime’ and ‘Break It Up’ it’s time for another unexpected cover this time the Jay Z / Alicia Keys hit ‘New York’ the more they do them, the more I am enjoying these rocked up versions of these songs. Will there be any more? Let’s see… Nope. It’s time ‘Jumpstart’ and quite obviously the song everyone including me was here to hear. I actually really like this song and it’s become a guilty pleasure of mine, such a good party anthem.  It’s delivered with more energy than a herd of Energizer bunnies and has everyone jumping for more and thankfully this will push Simple Ladies out of my head, 4,3,2,1 GO! Phew…To sum up the night, this was a fun show. Plain and simple. No bells, no whistles and who says you need those all the time anyway. They announced they’ll be back for Soundwave in February so if you missed them this time around make sure you see These Kids Wear Crowns, you’ll walk away with a smile on your face, guaranteed.

Supports: Wake The Giants  and Sound Of Seasons 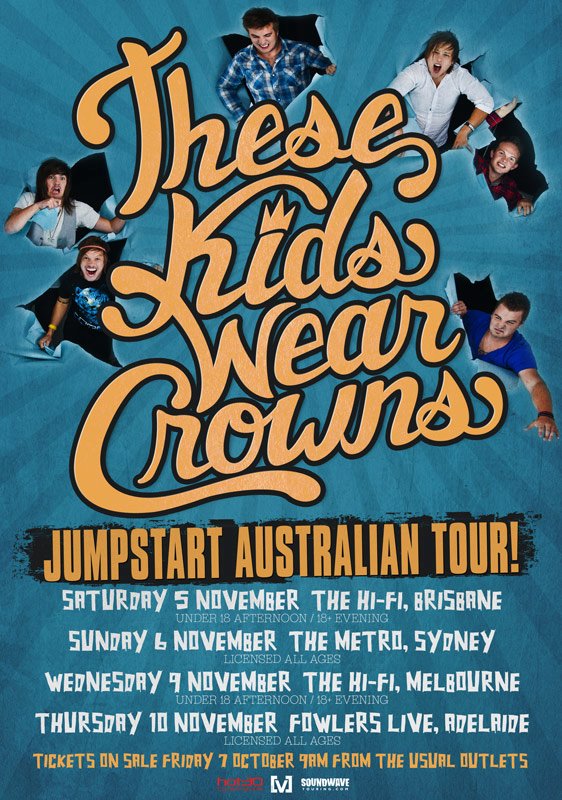